The following defect was raised because the transaction FB05 failed to start properly. 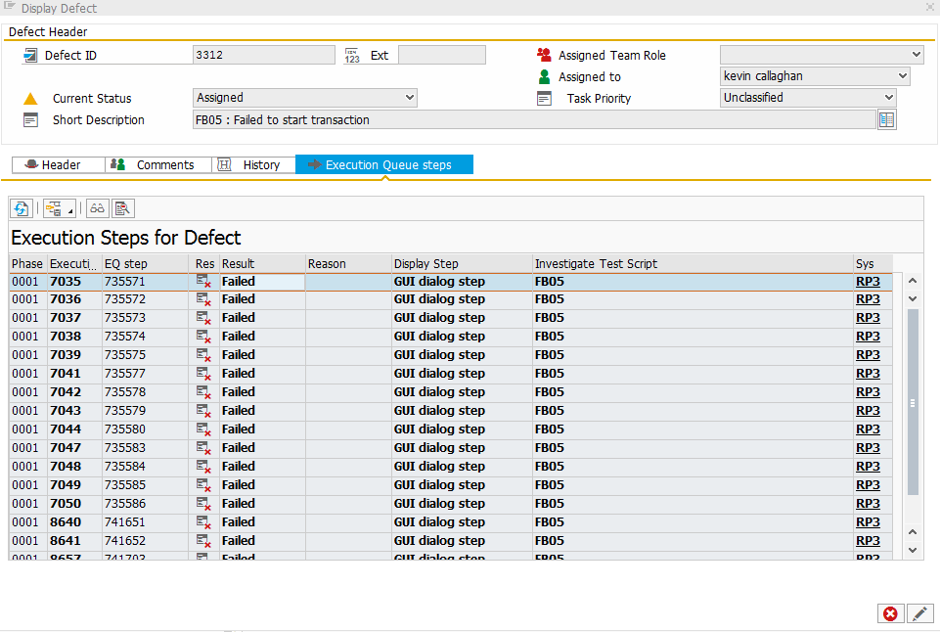 Looking at the Investigate Screen, we can see that we actually had an unexpected screen displayed at the start of the transaction.

Some investigation into this showed that the screen that was displayed in the recording (screen 733 of SAPMF05A) is the special batch input screen for the FB05 transaction. At present Testimony doesn’t support batch input as it currently isn’t possible to tie the batch input parameters to the transaction execution in the playback. So, during the playback, when the bot received an instruction to start transaction FB05 it ran it as a normal dialog transaction, taking it to the standard screen 122. This caused the Unexpected Next Screen error.