This defect was raised because the playback encountered an unexpected next screen. 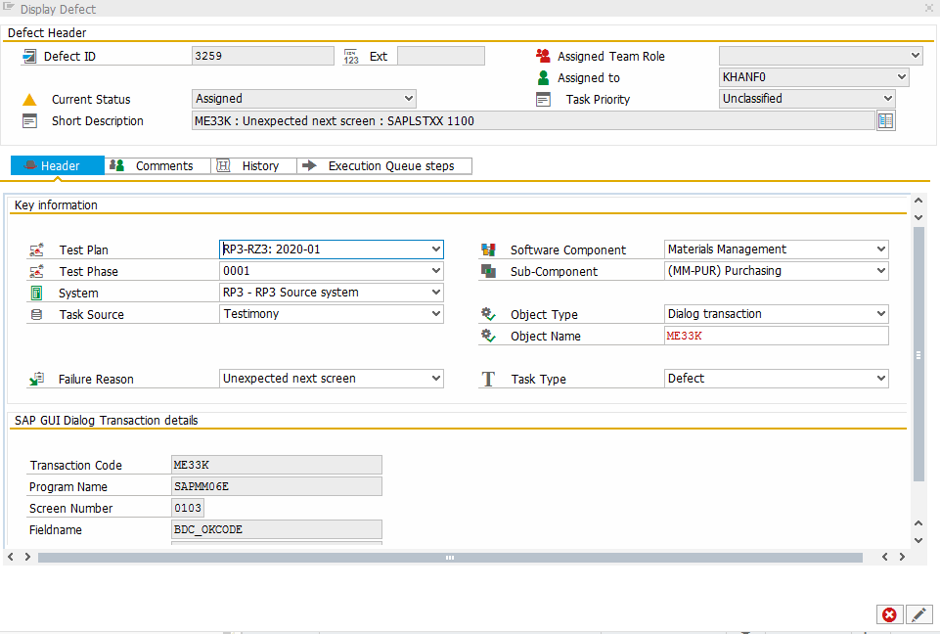 Looking at the Investigate Screen, we can see that we saw a different screen and also received a message that wasn’t seen in the recording.

The screen that was displayed during the playback was the standard SAP text editor.

This is another example of a defect being raised because MS Office was not installed on the bot that executed this script. In this case, a word processing program (MS Word) should have been called.