The following defect was raised because of an unexpected message in transaction FEB_BSPROC. 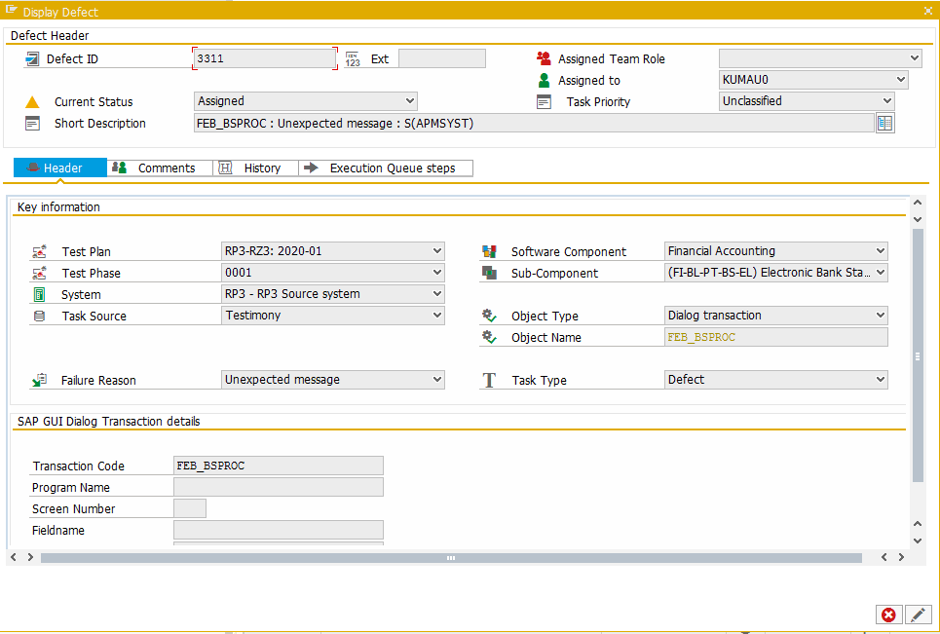 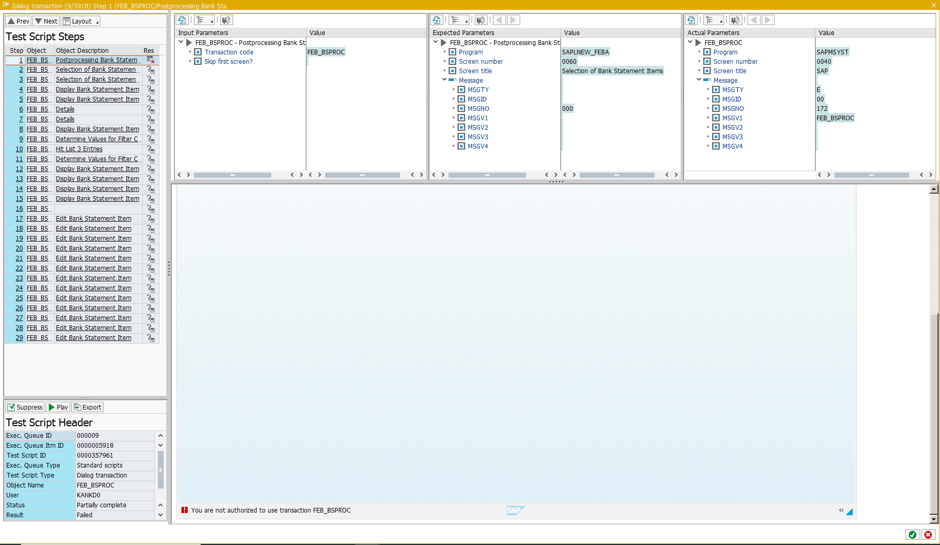 This is another example of Testimony highlighting exactly the type of change in behaviour that you want to test for in a regression test. Since Testimony uses the real production userids with their exact production roles and authorisations, any changes to their authorisations that will have been introduced by the release will be seen during the Testimony playback. It may be that a change to one of the roles assigned to this user has deliberately removed their authorisation to execute this transaction, in which case this is an expected failure. However, it may be that a role change (or perhaps an organisational structure change) done for some other reason has had the unintended consequence of removing this user’s authorisation to perform part of their job. This will need to be investigated with the security team. (Again, from v.2.21 the Root Cause Analysis functionality will be able to tie the role change to a specific transport, making it easier to determine whether or not this was an intended or unintended consequence of the change.)

Example 1: A change to a message severity resulting in different output in a batch job
Defects arising from data issues