The header of the Investigate Screen displays a lot of useful information on the script, as follows. 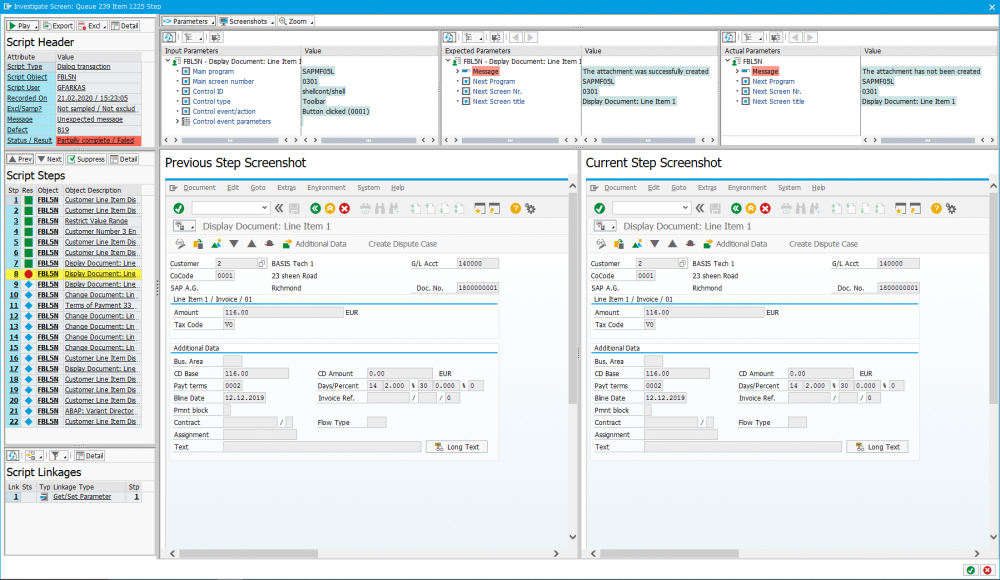 At the top of the investigate screen you can see the execution queue ID and the item ID within that queue (within the window title). The format of the title is “Investigate Screen: Queue X Item Y”.

The grid in the top left representing the Script Header contains key information relating to the script that is being investigated. These include:

Additionally, you can perform the following:

Within the toolbar of the header, you can perform the following actions:

*Don’t forget you need to activate the playback enhancements and start a playback bot before using the playback remote control!