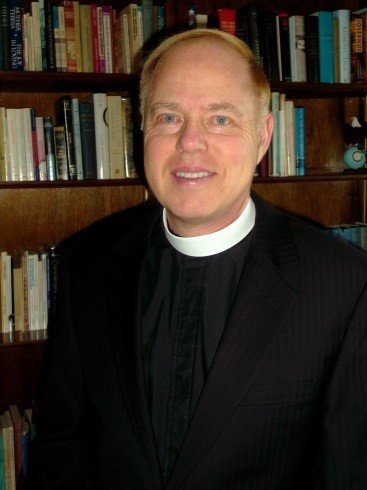 Pastor Eric Wester is a retired Army colonel and a Lutheran clergyman. Pastor Wester currently serves as Assistant to the Presiding Bishop and Director, Federal Chaplaincies for the Evangelical Lutheran Church in America, based in Washington DC. He works directly for the presiding bishop of Lutherans in the United States. His pastoral work supports more than 200 chaplains and chaplain candidates in the military, Veterans Administration facilities, and federal prisons.

Chaplain Wester completed 32 years in Army chaplaincy in 2011 culminating as the Senior Military Fellow at National Defense University, Fort McNair, Washington DC. At NDU he taught ethics, religion, and security for seven years, in uniform and as a guest lecturer. He also served as senior instructor for the Leader Development Education for Sustained Peace (LDESP), Naval Post-graduate School, Monterey, California. He continues teaching each year as an adjunct instructor at the Lutheran Theological Southern Seminary (LTSS), Columbia, South Carolina.

His research interests are ethics and just war thinking as well as the spirituality of soldiers. He has several published articles in peer-reviewed journals addressing these topics. In the Summer 2014 Rowman & Littlefield included his chapter “Military Chaplaincy: Religious Leadership and Character Development” in the book, Military Chaplaincy: Afghanistan, Iraq and Beyond, edited by Dr. Eric Patterson. In the Fall 2012, the Lejeune Leadership Institute at Marine Corps University, Quantico, Virginia, published his chapter about spirituality, ethics and resilience during combat in Aspects of Leadership: Ethics, Law and Spirituality. He is working now as a co-editor on a new professional chaplaincy book series to be published by Wipf and Stock and sponsored by the Southern Seminary Chaplaincy program (LTSS).

He and his wife Paula live in Arlington, Virginia, and she serves as a medical social worker assisting wounded military personnel transition from Department of Defense health care into VA health care.