In NAV it is possible, under ”Logistics” menues to determine, that commodities and manufacutured items have have assigned a location and a bin. This facility is supported by Naveksa SHOPFLOOR, too. In Naveksa ShopFloor it is possible as well, to assign a temporary location to an item during the manufacturing process, so that the next operation receives information about, where the item in process is placed after completion of the previous operation.

Assignment of a temporary BIN

In the output picture there is a function in the bottom of the picture, where you can assign a location and a BIN: Chose a given production order line and select Location/BIN: 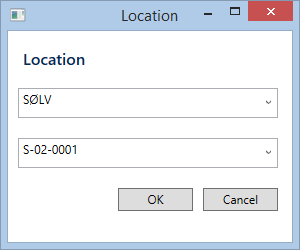 You can now choose the suggested BIN, or another BIN by looking it up in the list of BIN’s: 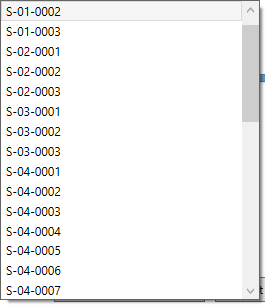 The suggested BIN is the one, that exists default on the production order line, and the one it is necessary to change during the production procress, as the temporary BIN rarely will be the final BIN:

Here you can see that the first line has got another BIN, whereas the other lines do not have got a temporary BIN assigned, yet. At the final completion of the production in question, the item concerned will have a default location assigned, unless this activity is changed.

On the following operation you will then be able to see the temperary BIN of the component:

Assignment of a new BIN at the Completion of a Production
At the completion of a production, the item has got assigned it’s original BIN, and if it does not have to be changed, you can just finish the production in a normal way, without changing the BIN:

If you want to assign a new BIN to the item instead, this will be done through “Location/BIN” and by changing the default BIN:

At the completion of a Production, this new BIN will be transferred to the Output Journal:

Use of location and BIN – Material Issue

It may be nessecary to modify the printout of the material request in order to visualize information here.

If marked in the setup of the Naveksa ShopFloor, this variable material consumption is used, information regarding the BIN will be visible, too, when issuing material. In this window it is also possible to issue material from another BIN than the one that is stated by default in the component list.

If the items have been issued from a different BIN than specified, you can go to the location/BIN, and change to the BIN from which the item has been issued:

Then select ”Issue material” and press OK. The consumption has now been placed in the consumption journal with the selected BINs (the BINs will change in the window, back to default BINs, but it will be the selected ones that are posted).