The Breakout Room allows you to assign audience users into various sub-groups called Breakout Rooms where they can collaborate until you bring them back into the main room. With this feature, you will be able to offer a dedicated space for your participants or students to work on group assignments and bring everyone back to the main room afterwards.

Enabling Breakout Rooms
Breakout Rooms can be enabled when setting up a meeting or editing an existing scheduled meeting. Just click on Advanced Options button and select the Access tab, then check the Enable Breakout Rooms button. Don’t forget to hit Save button! 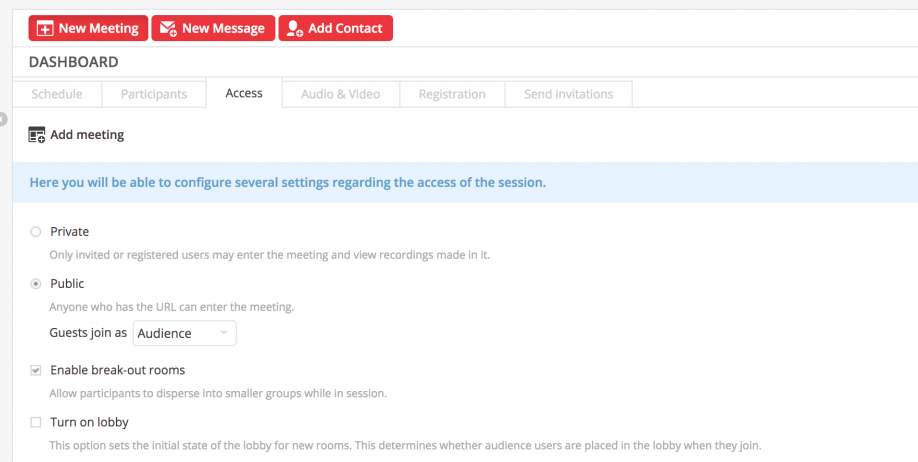 Starting breakout rooms
Click on Start Breakout to divide your participants into groups. During the breakouts
Broadcasting a message – You can broadcast a message to all the Breakout Rooms to announce the end of the group activity or other important messages. Joining a Breakout Room – At any time, you can join any breakout rooms by clicking the “Join” button right next to the Breakout Room name.