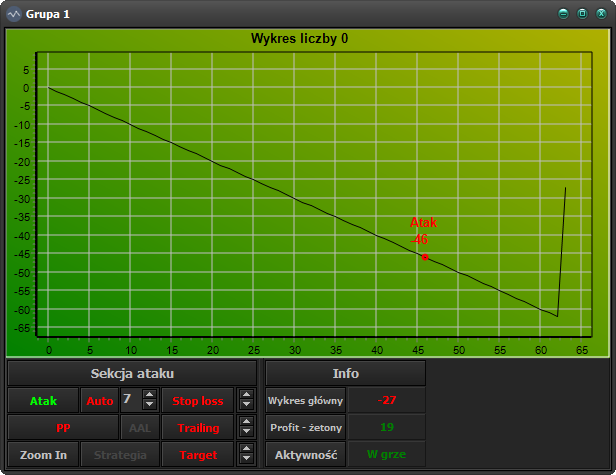 In the case of roulette with one zero, the casino pays 35: 1 for each bet placed on the number “0”, for example. This means that for each dollar wagered, they will pay us $ 35, provided that the number we bet is drawn, and each time the bet number is not won, we will lose one dollar. The chart above shows the point at which the number “0” was drawn in the 62nd spin. The graph at this point soared 35 points up from where it was located. This is how individual numbers are presented on numerical charts. The vertical axis on the left of the graph represents the point value, while the horizontal axis shown at the bottom represents the spin number. 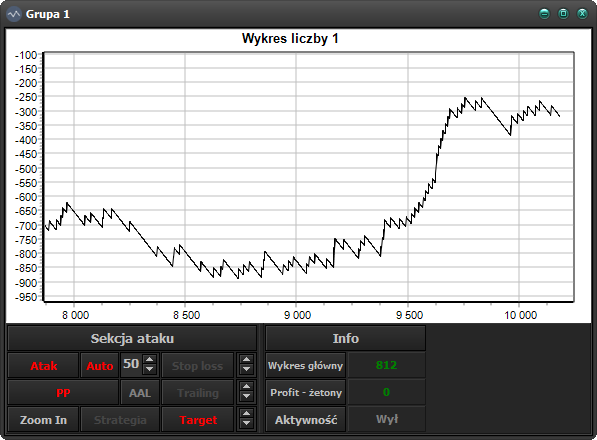 Graphs for individual numbers may look like the above. 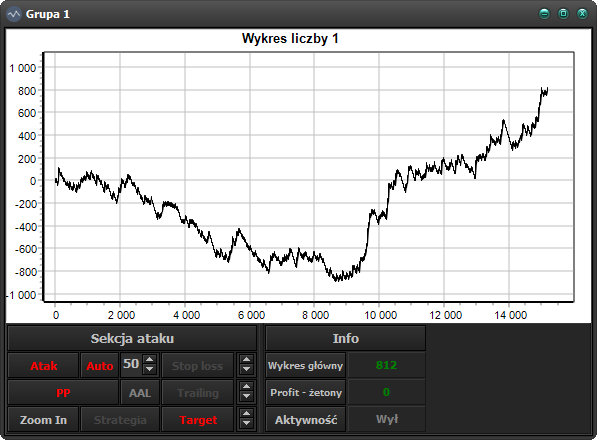 Same number in the same session but over the long term.

The number “1” shown as an example is by no means unusual. Many such trends are born on different numbers at different times. The platform allows us to track each number separately and attack them ourselves or using one of the automatic strategies. Each number during the attack transfers values ​​to its group, which means that all attacked numbers from e.g. the first group, which include the numbers: 0, 1, 2, 3, 4, form the sum of this group, and it is the groups that transmit the data to the main graph on the platform’s main dashboard, which is a cumulative graph of all attacked groups. Simply put, what will be attacked on the numbers, and then the groups will be presented as a common graph on the main dashboard and this graph is the most important, because after attacking this graph, you will start betting on the attacked numbers (in the computer memory during the training session or betting on real chips in the “Live” session).

The platform “Rouletronic” offers 37 windows with charts for numbers 0-36. In order to display the platform itself and all its graphs at once, we would have to theoretically have five monitors, fortunately, the free software (virtual desktops) “VirtuaWin” comes to our aid: VirtuaWin. How to configure the “VirtuaWin” program: VirtuaWin is shown in the instructional video in thread no. 2. Technical information, and how to use the platform in conjunction with virtual desktops is described in topic no. 10. Preparing the platform to work. Microsoft’s virtual desktops have been implemented in Windows 10, but unfortunately this feature is not suitable for cooperation with our platform. 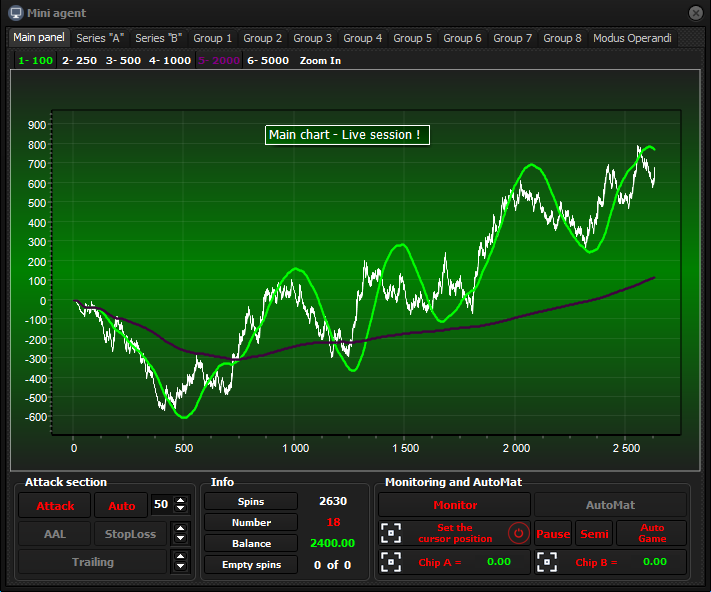 !In order to observe all graphs of numbers, groups, series and the main graph during the “Live” session, two monitors and virtual desktops VirtuaWin are necessary. If we only have one display, we have to use the “Mini agent” module – (miniaturized version of the platform), which allows you to work with one monitor, but it is not possible to track the graphs of numbers, so we must use one of the automatic strategies to attack them. “Mini agent” allows you to control the charts of series, groups and the main chart on an ongoing basis. The module is available only for “Live” sessions.