(a) Teams shall consist of four members who shall be marshalled as a team i.e. four members, one behind the other facing the water’s edge in their drawn positions. The next team shall be lined up beside the first team, and so on. When all teams are assembled, a direction shall be given to face the competition area. On the direction of an official, the line nearest the water’s edge shall file onto the competition area followed by the second, third and fourth lines. This procedure spreads competitors from each team evenly over the starting line.
(b) All members of a team must swim to and around the buoys, return to shore and finish between the two green finish flags. Points are allotted as follows – 1 for 1st, 2 for 2nd, 3 for 3rd and 4 for 4th. The team scoring the least number of points shall be declared the winner. In Surf Teams races should two or more teams be allotted equal points, the team whose full complement of members first completes the course shall be awarded the higher placing.
(c) All competitors who finish shall be recorded as they are placed and the points will be calculated. Should any teams be disqualified or a team fail to complete the course, then the surf teams finish places shall be reallocated and points then re-calculated.
(d) When Surf and Surf Teams Races are combined, swimmers not in teams shall be eliminated from the point’s allotment for the purpose of determining the Surf Teams race result.
Note: A competition organising authority may, by way of entry bulletin, vary the number of team members, age groups or gender competing within a Surf Teams Race event. 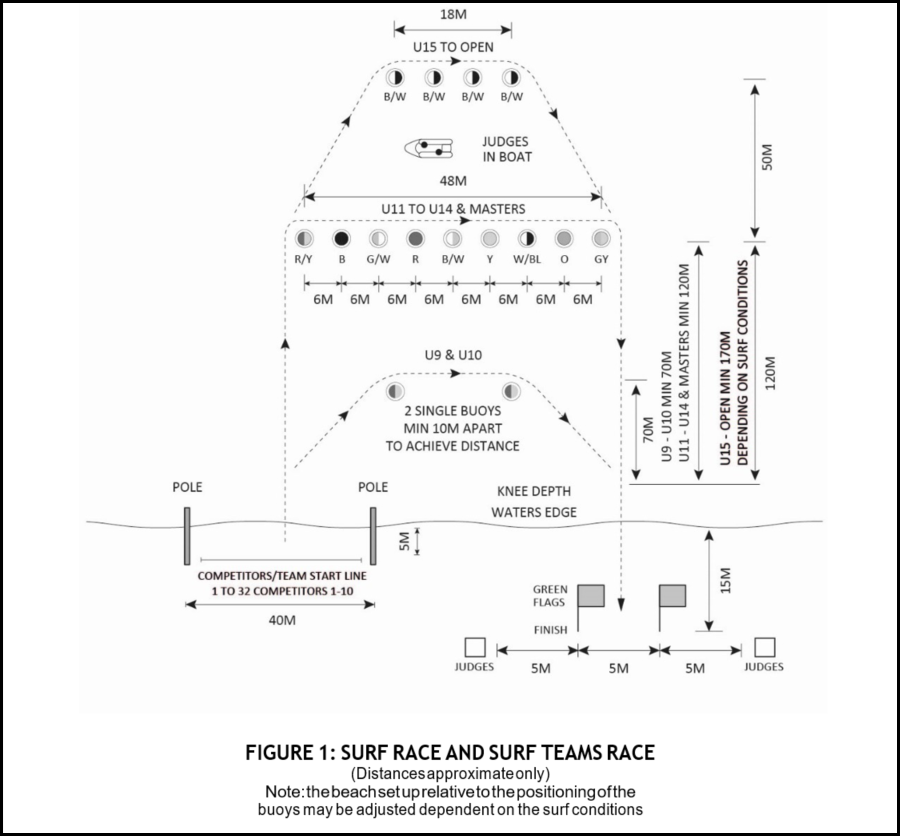