We will use a pond as a mitigation structure and compare the results from 6 control scenarios. They are differentiated in terms of the Rating Curve of the RouteReservoir and the DPSI (i.e. Available impervious area depression storage) of the StandHyd.

in the Project Manager and rename it as “Post-20mm-48hr-detention”. Then, add a RouteReservoir command and adjust the model layout as below. 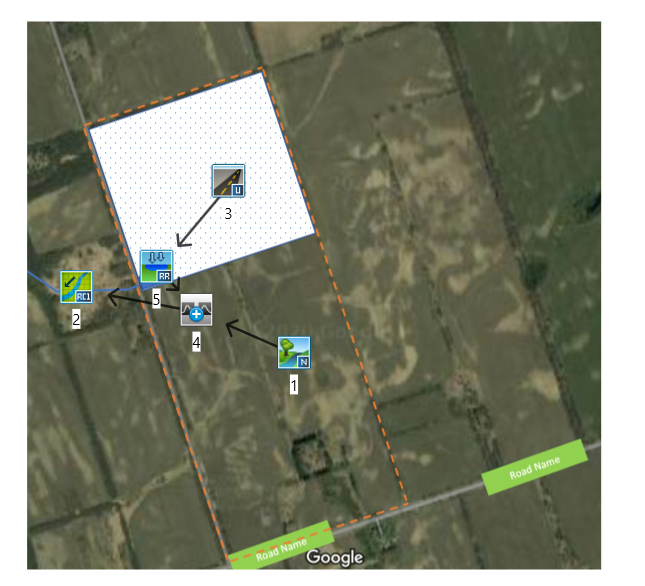 The rating curves can be obtained from single-event simulations. For your exercise, please find the single-event model “…/model/solution/Detention Ponds – Single-event.voprj” and refer to tutorial – Sizing a Pond Using the Route Reservoir Command

You can find the rating curve for each control scenario in the sheet “Rating Curve” of the Excel file “…/data/Cross Section and Rating Curve.xlsx”. Simply copy and paste them to each scenario to continue the exercise for the rest of this tutorial.

For example, in the scenario “Post-20mm-48hr-detention”, select the RouteReservoir command on the Schematic view. Click the button

next to the field Rating Curve in the Properties tab to open the Discharge Storage Editor window. 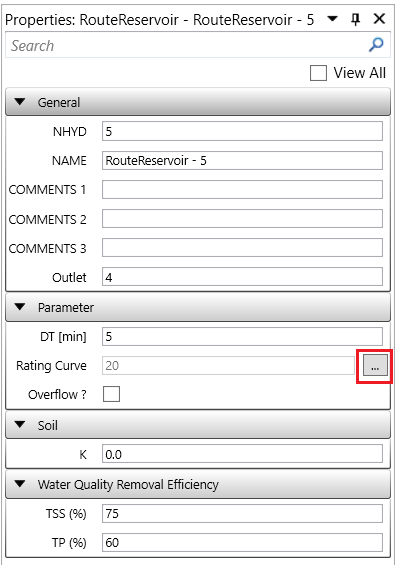 Open the EXCEL file and copy the corresponding rating curve table without header by Ctrl+c. 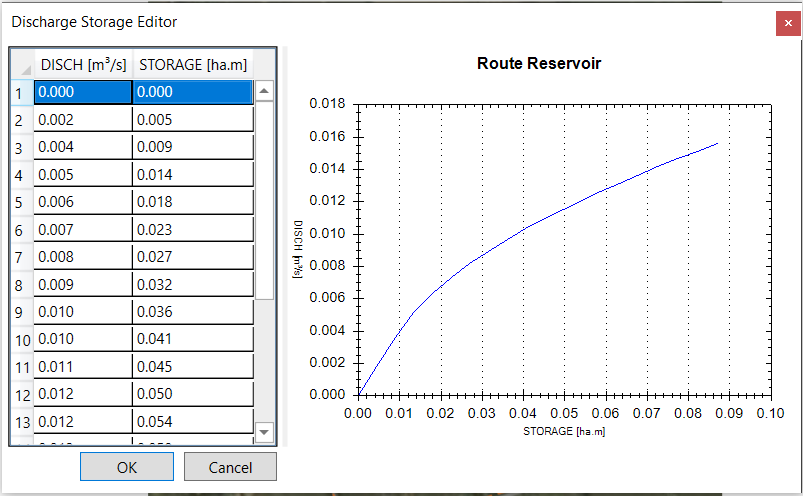