What’s on the Playbooks screen?

A playbook is built on triggers and actions/flows. Once it is triggered, the playbook moves along the actions to a final resolution.  The flow of control executes from left to right beginning with a defined trigger (yellow box) as the first component, which is mandatory. It then moves to the second component that can be a set of defined actions Siemplify must perform (blue box). The last component involves determining the flow of the playbook with an “If then… or else” condition (purple box).

A screenshot of the Playbook page with the Monitoring screen opened is displayed below.

At the top segment of the playbook details pane, you can use the vertical toggling button

The following actions are available at the top left of the Playbooks screen.

From right to left: 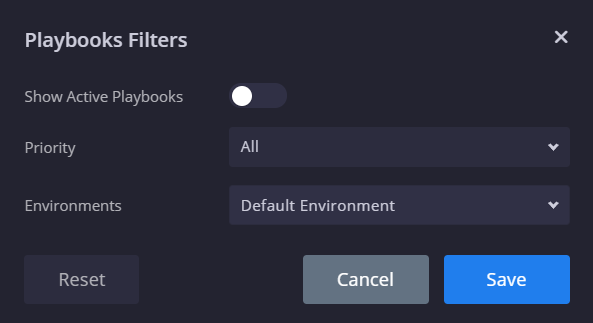 In the Playbook designer, on the top main part and right of the screen, you can perform the following actions:

At times, you may not be able to see the entire playbook in case of multiple actions and flows defined for the playbook. In this case, you can: