Support for Stateless Architecture
As part of the new “stateless system” Siemplify introduced in Release 5.6.0, the publisher is now stateless and not dependent on the file system for Dependencies or agent keys.

Security Enhancements
There have been several enhancements to improve security including the fact that a default Publisher user will now get a new password for each deployment.

Clearer Visibility into Build numbers for debugging
The build number is now added to the agent version and an indication has been added to differentiate between Installer versus Docker agent. This enables us to help our customers more efficiently.

Agent name creation enhancement
Previously, you could not create a new Agent using a name of an agent that had been deleted. Now, you can use the names of previously deleted Agents.

Changes in Agent on-prem Installation
New commands have been added to the Wizard for Agent installation in the third screen. This command needs to be copied over onto the server you are going to install the agent on. 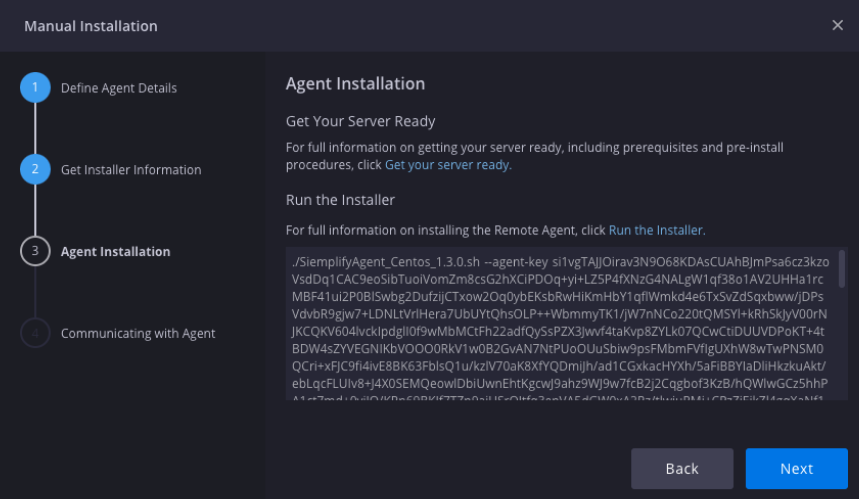 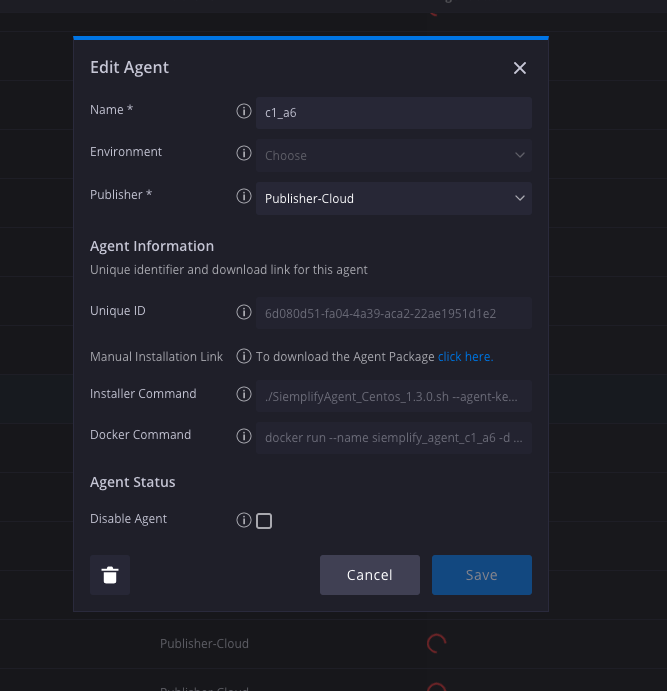