The Playing & On Deck screen provides another method for score entry. This screen shows a view of all matches in progress, the courts they are assigned to and the on deck list for the next round of play. Use the Playing & On Deck button on the Live Console to access the screen. 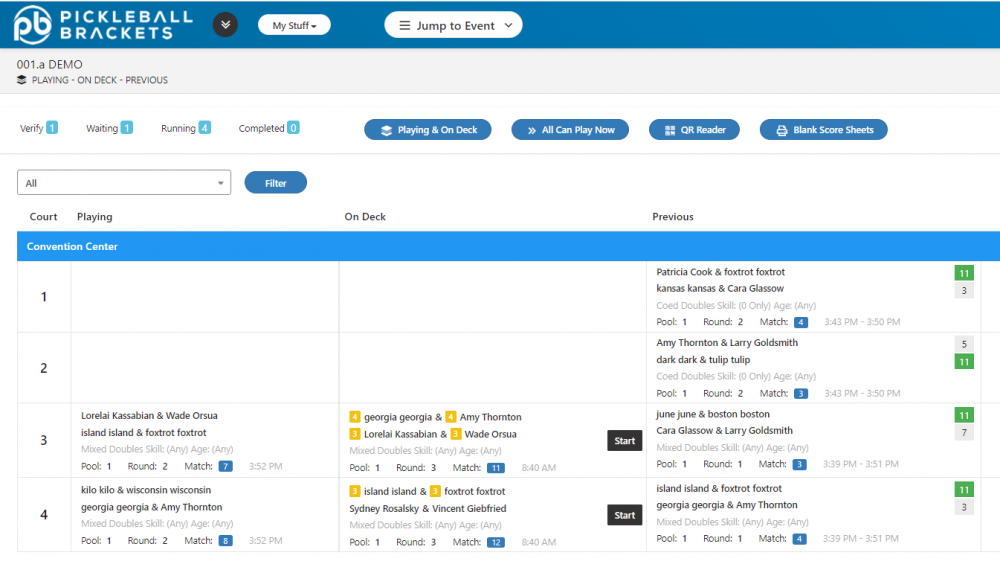 This screen is divided by sections for playing, on deck and previous matches grouped by location. Matches can be started from this screen and may also be edited.

*If an event is assigned to specific courts, those courts will be displayed at the top of the assign courts screen. The currently assigned court will also show. The Tournament Director has full control over court assignments and may change an assigned court from this screen.

!A match may be assigned to a court that still shows as being occupied. This gives the TD a way to assign a waiting team to a court where the match is completed or close to being completed but the score has not yet been entered. In that case, the match being replaced will be moved to the previous column with no score shown. Once the score sheet is returned, click on the match to enter the score.