The Mass-Subscribe feature will allow you to subscribe/unsubscribe to more than one object through a single interaction.

When selecting multiple objects whether they were originally already subscribed or not, all non-subscribed objects will be subscribed while the ones previously subscribed will remain the same. The same logic follows for the unsubscribed option. 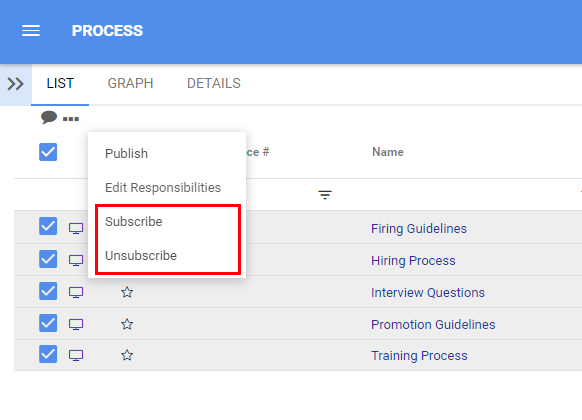