This tab contains options that pertain to general usage of the software. 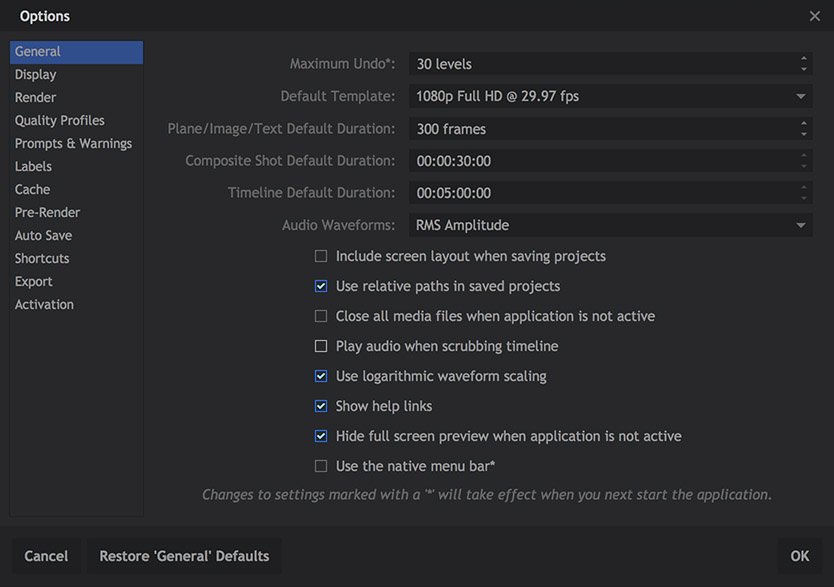 *Note that RMS amplitude is still only a loose correlation or rough guide. There are many factors which affect human perception of loudness which are not included in an RMS graph, such as the frequency of sounds. (Our ears are more or less sensitive to different frequencies, meaning that the same power does not always result in the same perceived loudness.)