If your video and audio are recorded in separate files, you can synchronize them in the Media Panel. This process creates a new merged file, making it very easy to keep the sync locked while editing. It works by comparing the audio recorded by the camera into the video file with the audio recorded separately, and synchronizing the two, then removing the camera audio so only the clean audio file remains. Therefore, it is necessary that you record audio with your camera while filming, so the sync feature has something to work from to synchronize the dedicated audio file.

HitFilm allows you to synchronize a single pair of files, or to sync multiple files at once. The process for each is explained below.

Synchronizing A Single Pair of Files

Select the video file in the Media Panel, then hold CTRL (CMD on Mac) and select the associated audio file. Right-click on either of the files, and select “Merge Audio/Video” as shown in the image below. 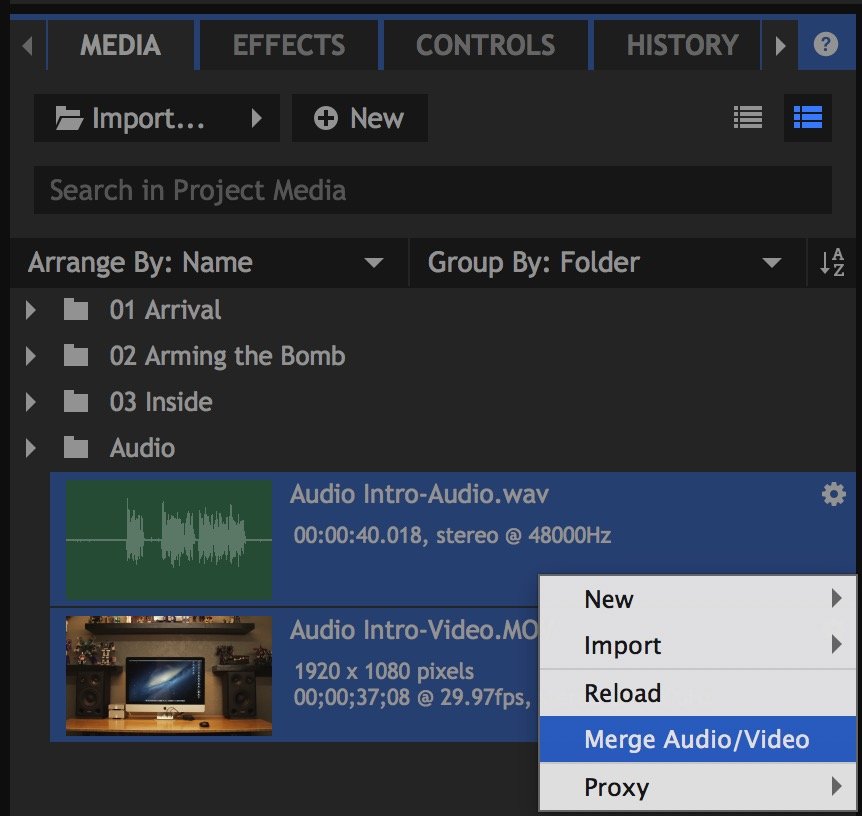 HitFilm will compare the audio in both files, synchronize them, then combine the video frames with the separate audio file you selected. A new synchronized file will be created, and can then be edited on the timeline. The newly created file uses the same name as the original video, and appends a (Merged) tag to the name for differentiation, as shown in the below image. 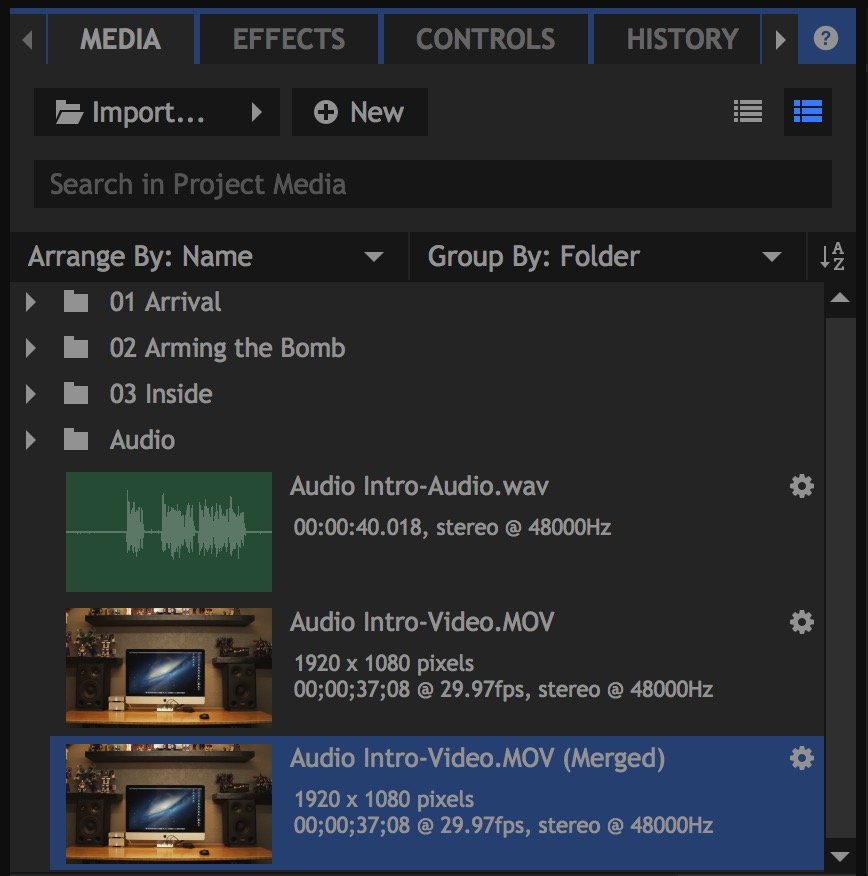 This process does not create a new media file on your drive. It creates a referenced file, referencing the video stream of one file and the audio stream of the other, which requires very little storage space on your hard drive. If you wish to create a new standalone video file containing the synced audio and video, then you can add the Merged file to the timeline and export it.

If you have multiple pairs of audio and video files that need synchronized, you don’t need to select and merge them one pair at a time, you can do them all at once. Select multiple clips in the Media panel, and select Merge Audio/Video, and HitFilm will examine all the files to determine which ones belong together, and create new merged files for each video that is selected, by replacing its original audio with the audio from the matching audio file.

5.2. Organizing Media
5.4. Media Properties
Thanks for your feedback.