Animated Lasers is available in the VFX: Starter Kit Pack.

Designed to create laser bolts which fire from one point to another. The lasers can be constructed from multiple lines, which can be further manipulated into spirals, expanding the effect to also be useful in motion graphics animation. 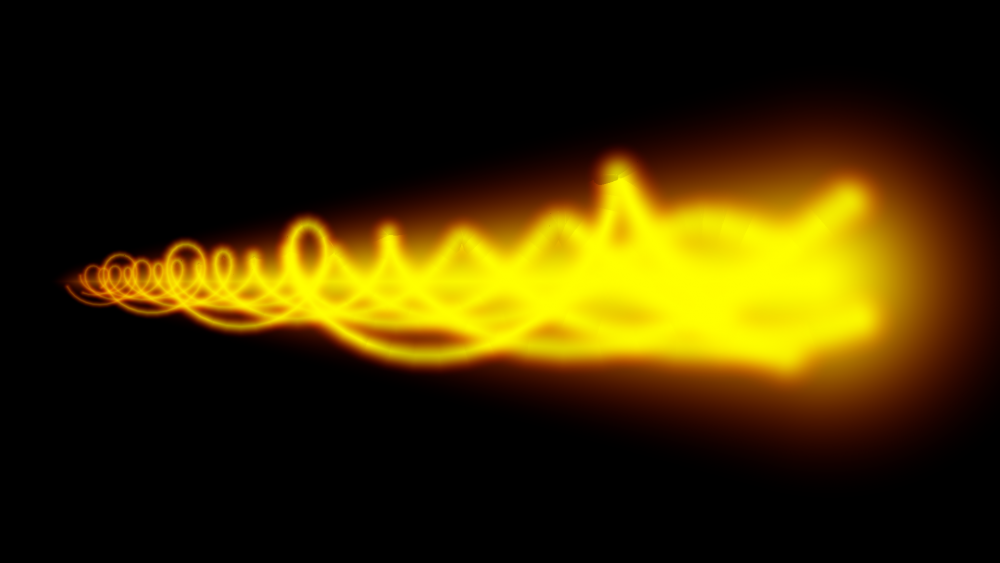 The laser has two position points. These interact with the Location property, with the laser animating between the two points as the location is increased.

The effect has built-in controls positioning on the X and Y coordinates, plus a slider for depth. Alternatively you can link the start an end points to separate layers on the timeline (such as 3D point layers), which provides more control.

Number of Beams alters the complexity of the beam. Up to 10 separate beams can be added to the effect, each with their own appearance and spiral settings, building up visually exciting shapes which animate together.

Each beam can be colored, with key properties such as brightness, width, length adjusted as required.

Tail Scale causes the beam to taper at its end.

Color Shift moves the overall color of the beam towards either the Core Color or the Glow Color. Tail Color Shift does the same but just for the tail end of the beam.

The Brightness and Color Mix Noise properties introduce a noise texture, breaking up the solidity of the beam.

Each beam has associated Spiral properties. These are used to twist the beam’s straight line into curving spirals.

Increasing the Radius warps the line into a spiral shape. Path Angle increases the number of spirals.