Adds or removes fisheye lens distortion. Several presets are provided specifically for use with GoPro cameras, making it simple to composite layers naturally into GoPro footage or to adjust GoPro footage to match traditional lenses.

Here is a grid representing the natural curvature of a GoPro HERO4: 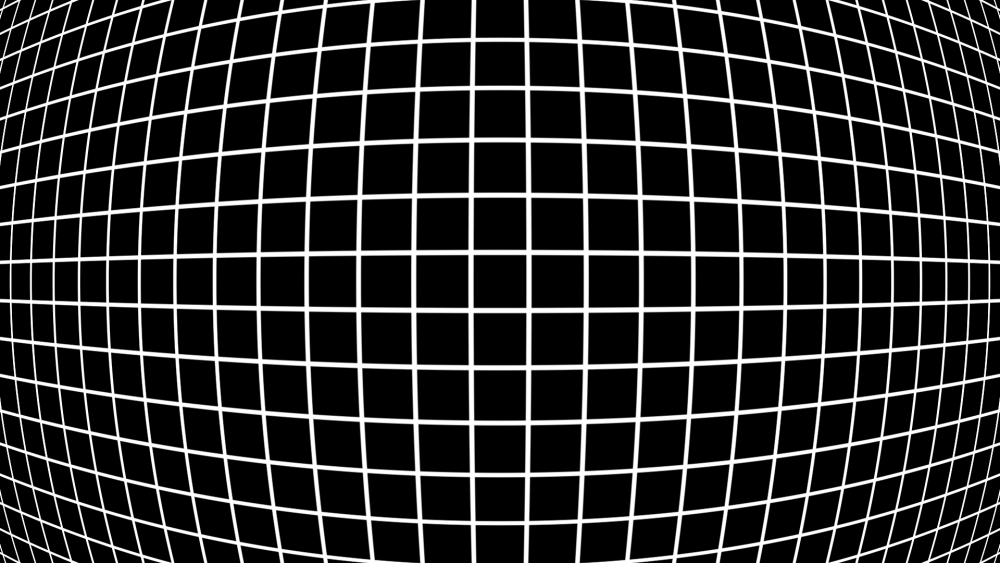 Here is the exact same image with the curvature removed using the fisheye warp:

The effect can also be used applied to other layers, so that they can be composited realistically into fisheye footage: 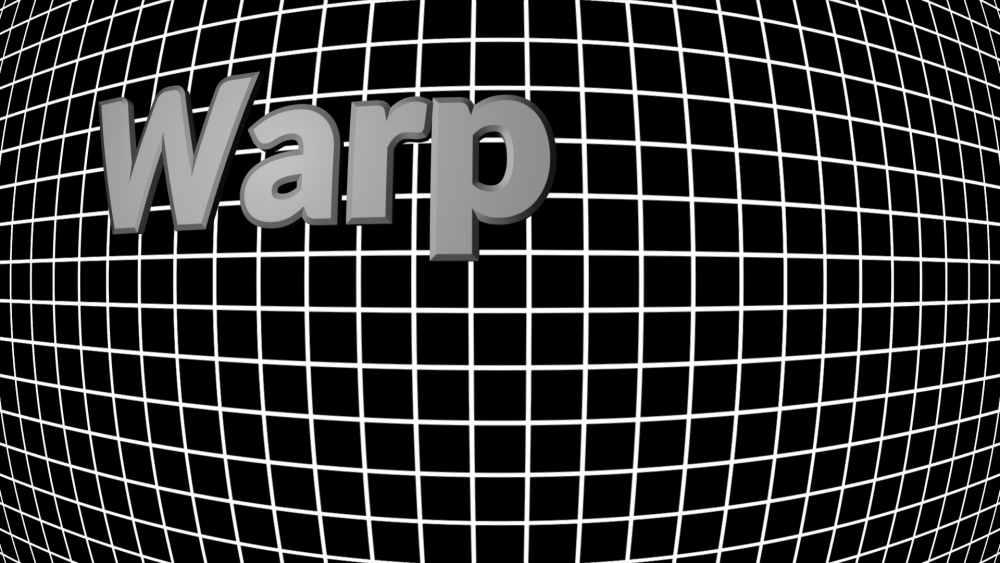 The FOV property adjusts the amount of distortion and Center adjusts the distortion’s center – ordinarily you will want to leave the Center at 0,0.

When the layer is adjusted this controls how it is scaled.

Corner maintains the corners of the image, scaling from the sides so that all the image is retained but some black areas are introduced:

Height scales the image so that the frame is filled vertically while some areas are cropped: 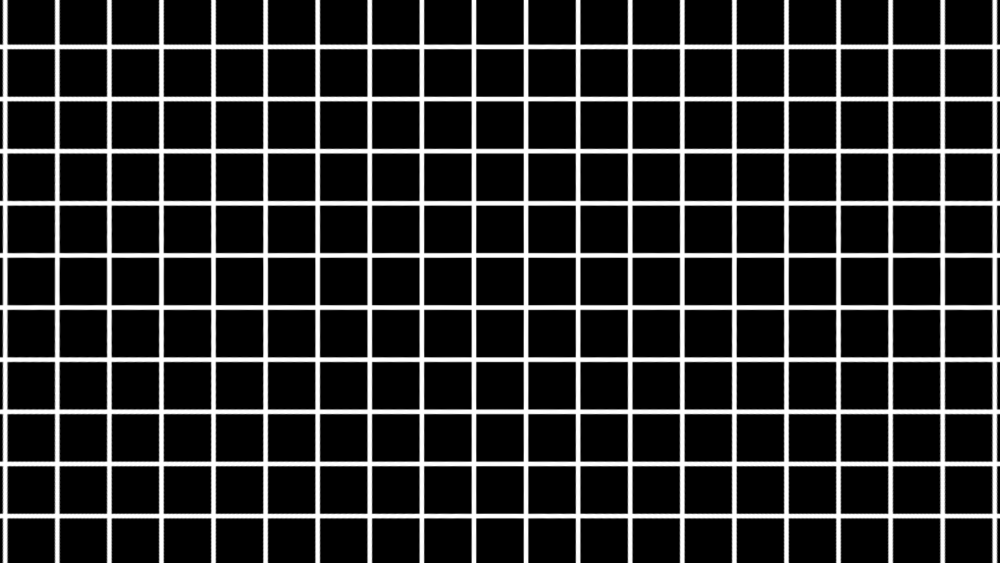 Width scales the image so the frame is filled horizontally, while some black areas are introduced at the top and bottom:

When the warp is applied some parts of the original frame are likely to be cropped outside of the frame. This is a natural and expected side effect of removing fisheye distortion.

If you are removing the distortion so that you can then apply other elements before re-distorting back to the original look this can lead to potential problems. For example, rewarping the unwarped grid results in lost areas around the edge due to the cropping: 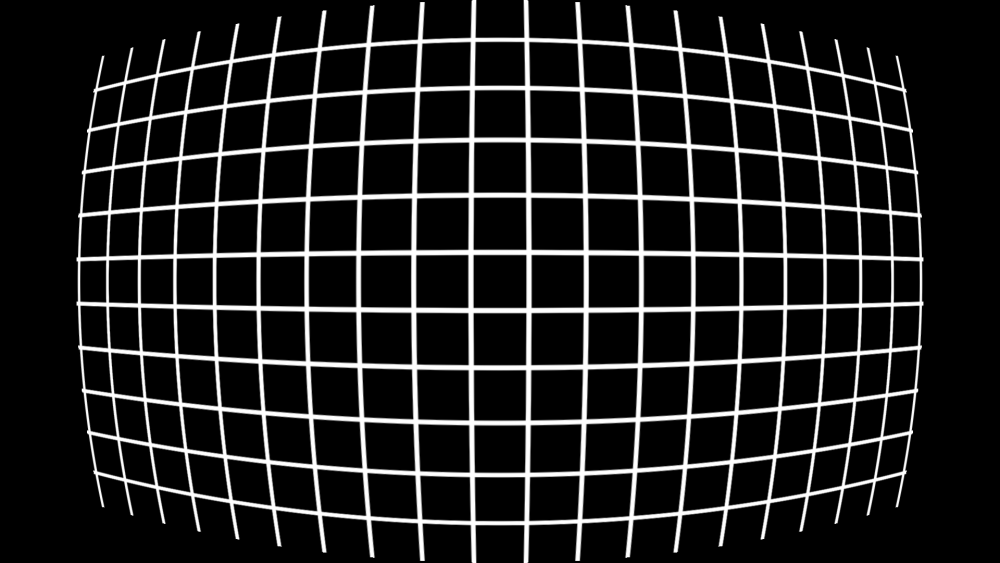 This can be countered using the Layer Resize options.

Take a look at this expanded view, with the Layer Resize set to None: 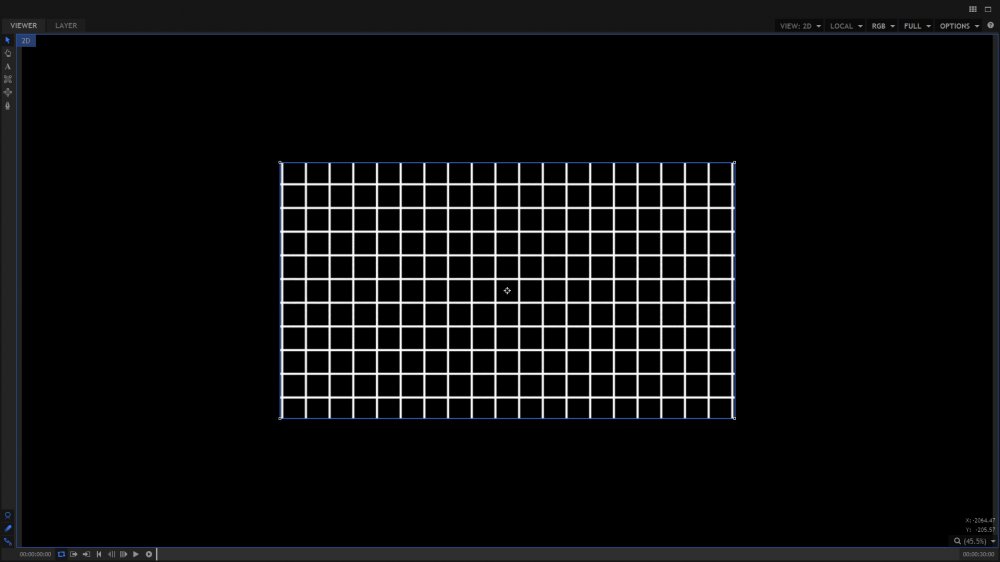 You can see that the undistorted grid is kept within the layer’s boundaries.

Here is the same layer with the Layer Resize set to Grow: 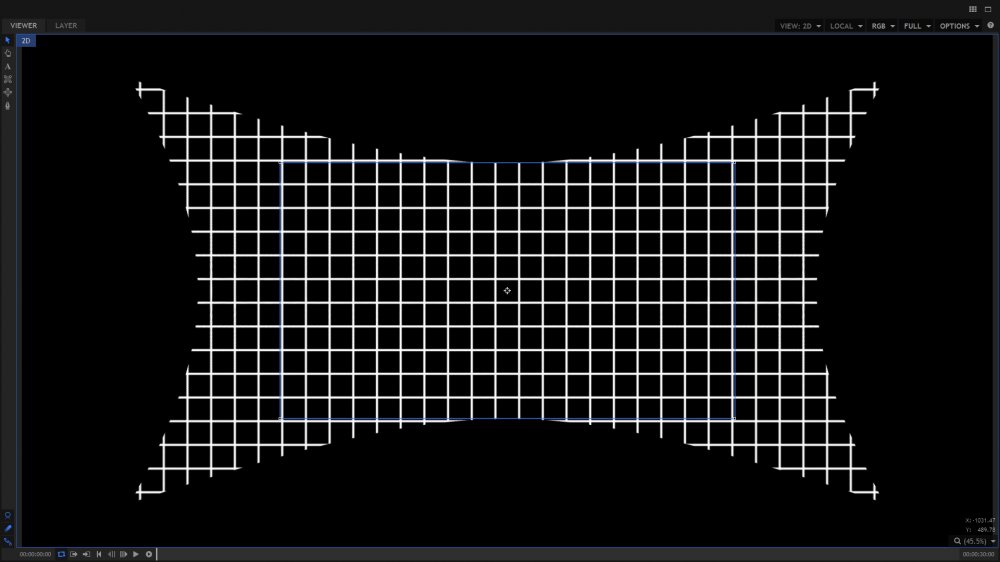 Grow lets the layer expand beyond its boundaries, meaning that none of the original frame is lost. When this version is then redistorted using a second fisheye warp set to Reverse, the entire contents of the original are recovered.