After Importing 3D models they will be available in the Media panel. These can then be added to composite shot timelines like any other media asset.

*3D models exist within their own 3D space inside the 3D scene. Therefore other 3D layers such as particle simulators cannot intersect or move through 3D models, as the rendering order is defined by the layer position on the timeline.

If a 3D model layer contains multiple models, they are listed individually inside the Models group.

These transform controls move the entire 3D scene contained within the 3D layer. All 3D models inside the 3D layer will be affected.

Fine control is provided over a 3D model layer’s lighting. These settings affect the entire layer. If you want to adjust individual materials within the model, see Setting up Materials.

Illuminated controls whether a 3D model is affected by 3D lights. The way a model reacts to lights can be adjusted when Setting up Materials.

A model can be set to receive shadows. These shadows will only be cast from layers which have Cast Shadows activated. This includes the selected model, which will only self-shadow and cast shadows with both options enabled.

You can also set a layer to cast shadows even when the layer’s visibility is turned off. This makes it easier to create a shadow pass, in which you can cast shadows onto a white background for further compositing purposes, such as blending the shadow pass into live action footage.

The Self shadow bias can be used to restrict how much of the model casts shadows onto itself. Some models produce shadows where there should be none, and this helps to remove unwanted glitches. Raising it too high will cause unrealistic results.

*Note that shadows are only cast if a 3D light source is activated which also has Cast Shadows enabled. See Lighting a 3D Scene for more information.

Similar to shadows, you can also control exactly how reflections are generated.

As with shadows, you can also cast reflections even when the model is not visible.

Reflections are generated dynamically and will combine with the environment map, if one is being used.

*Note that reflections will only be visible if other layers have been set to cast reflections, and if the 3D model has materials set up to show diffuse or specular reflectivity.

An Environment Map can be used for reflections and refraction. This is a single layer, usually a wraparound panoramic image of a location which is representative of the desired reflections.

These can be used on their own or in combination with the real-time reflections.

*Note that the effects of an environment map will only be visible if other layers have been set to cast reflections, and if the 3D model has materials set up to show diffuse or specular reflectivity.

Models can self-shade based on proximity of surfaces to other surfaces. This replicates the absence of light that occurs where surfaces meet in the real world (this can be observed by the naked eye in the corners of rooms).

Compare this image without ambient occlusion: 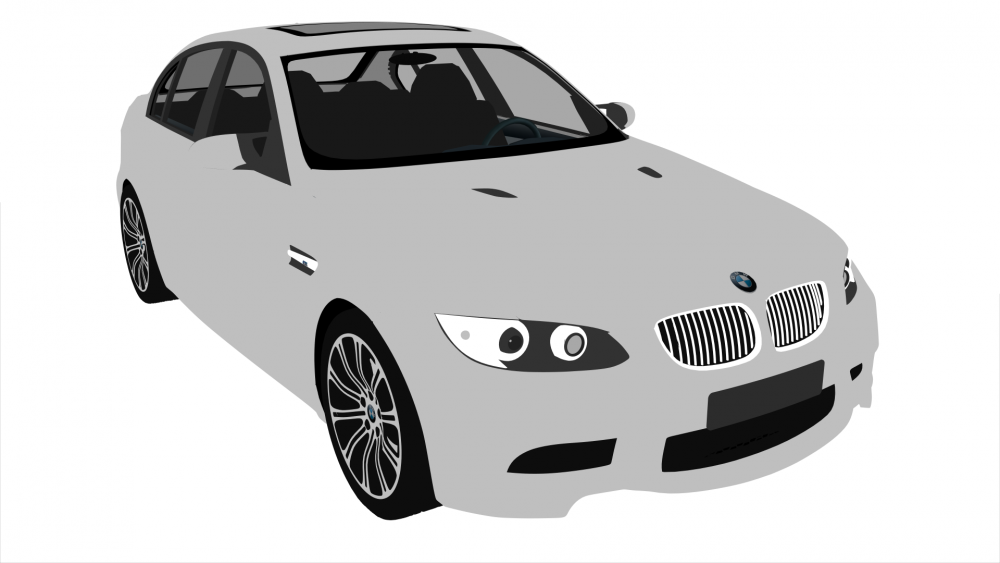 With this image showing ambient occlusion on the vehicle: 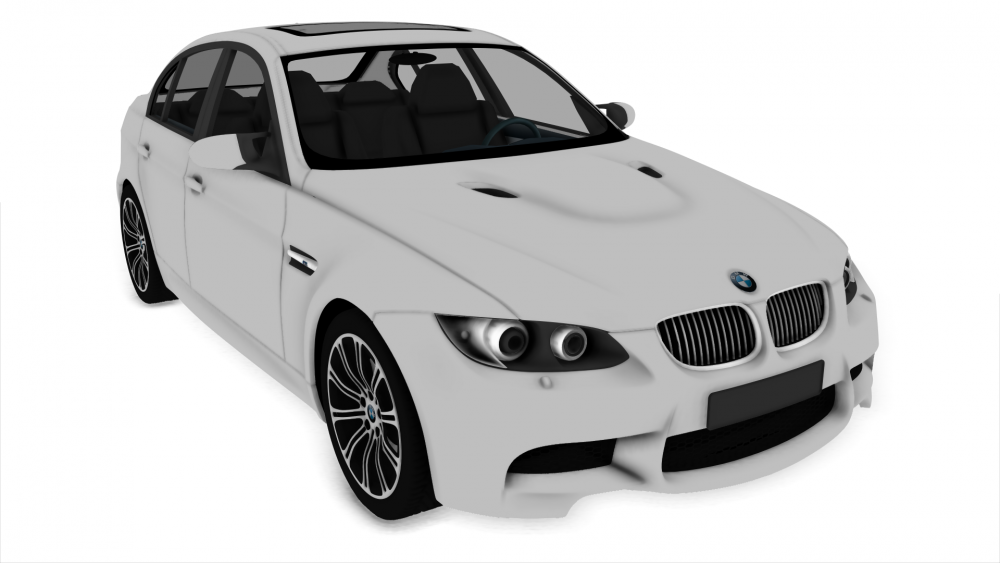 The ambient occlusion in the second image highlights detail by shading areas where different surfaces are in close proximity. There is also subtle ambient occlusion being cast onto the white floor around the wheels. Ambient occlusion can then be combined with illumination and shadows cast from actual 3D lights.

Models can be set to receive and cast ambient occlusion separately.

Once ambient occlusion is activated, additional options are displayed for customizing the appearance of the occlusion.

The Depth Scale can be used to adjust the appearance of ambient occlusion for different scale models.

If you experience visual glitching with some models, try increasing the Blur Radius or Samples.

Each model in a layer will be listed in this property group and can be transformed individually.

If animation groups were selected during importing the model these will be listed as sub-models within the relevant model with their own transform properties.

The Anchor Point Orientation property determines the orientation of the model group’s coordinate system. This is useful for setting up correct rotation of particular animation groups, such as the rotor blades on a helicopter.

The Animations section can be used to apply Alembic animation data. See Alembic Animation for details.